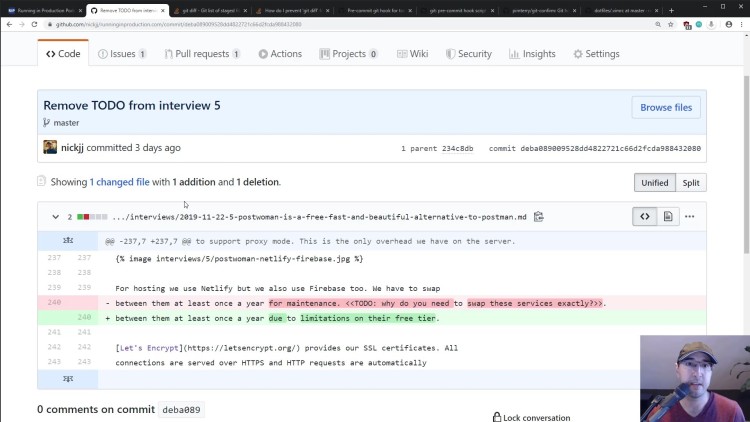 In this video I share a story about how I spent 2+ hours writing a git pre-commit hook to block TODO items and threw in the towel.

I would consider myself to be very determined and often spend unreasonable amounts of time just to get something to work but this time around I decided to make a compromise.

Instead of hacking on a git pre-commit hook for the whole weekend to help block TODO / FIXME items from being able to be commit, I settled for using a Vim command I forgot I had.

What was the last thing you made a compromise on? Let me know below.