Beware of Piping Echo into base64 on the Command Line 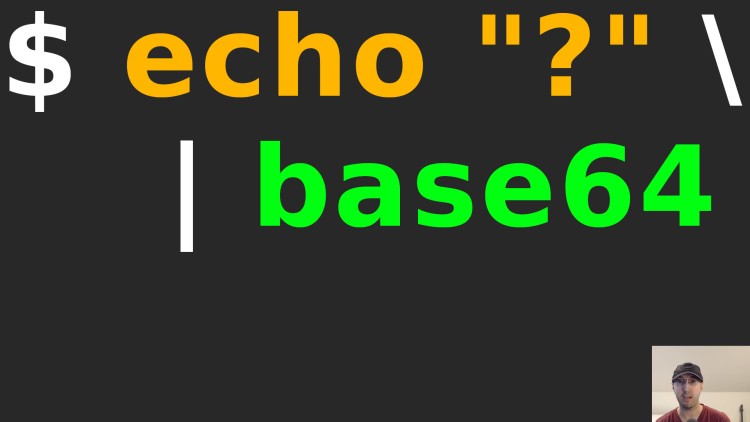 It will add a new line by default which will change your value, consider using printf instead or at least echo with the -n flag.

You can use base64 to either encode or decode values.

It’s common to pipe something into it for encoding and echo will add a new line by default which will produce a base64 encoded value that includes the new line. That extra trailing new line is likely unwanted for you.

For example if you want to encode exactly hello world, having hello world\n is not the same. It will cause a decoding mismatch if you encoded something quickly on the command line to use as a value for another program and your program expects hello world.

The first base64 encoded value really have an extra \n at the end of the output where as the other 2 do not. That’s why the value is different near the end.

The -n flag with echo will not include a trailing new line and printf prints exactly what you tell it to, if you wanted a new line you’d have to add it manually.

At first glance this could be seen as confusing. The first value is our originally encoded value with the trailing new line but it’s not too obvious from the output because you could totally come to the conclusion of:

It’s only after we decode the value without \n where it’s more clear on what’s happening:

When you use echo, printf and other tools that print output, having the output end with % marks that the line is missing a newline character. In your terminal this character will likely be colored up differently so you can tell it’s not a literal percent sign in the string.

The video below demonstrates the above in more detail:

Has this ever bitten you in the past? Let me know below!