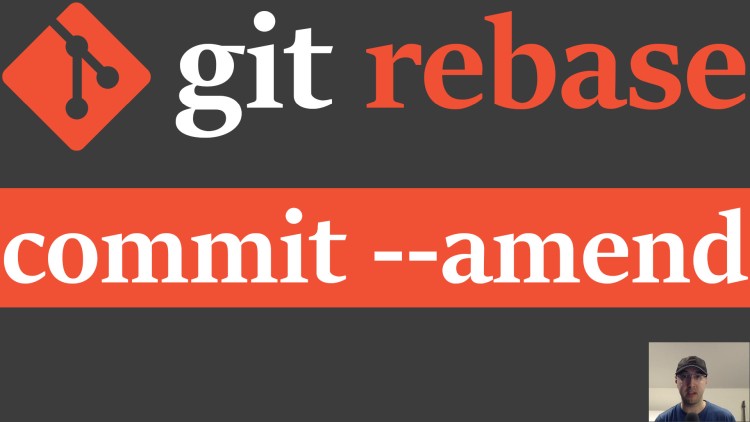 In this video we'll go over a few examples ranging from changing the last commit message to rebasing a commit sometime in the past.

Being able to amend your commits is a very useful skill to master because after developing a feature for a while you might decide that a specific commit in the past needs to be altered to add a recent change or perhaps you just want to fix a typo in the commit message.

It’s especially handy in local development to help you create useful commit messages before you push your changes since this does involve rewriting history.

By the end of this video you’ll be able to change your commits in a matter of seconds using the plain old git client on the command line without needing any special tools or editor plugins.

Amend the most recent commit:

Amend a commit in the past:

If you already have files you’ve changed before you start rebasing you can run git stash before starting the rebase and then git stash pop after finishing the rebase. This could be handy if you have uncommitted work that you don’t want to apply to the rebase.

Amend just the commit message in the past:

The above is a quick way to edit an older commit message.

What commands or tools do you use to amend commits? Let me know below.