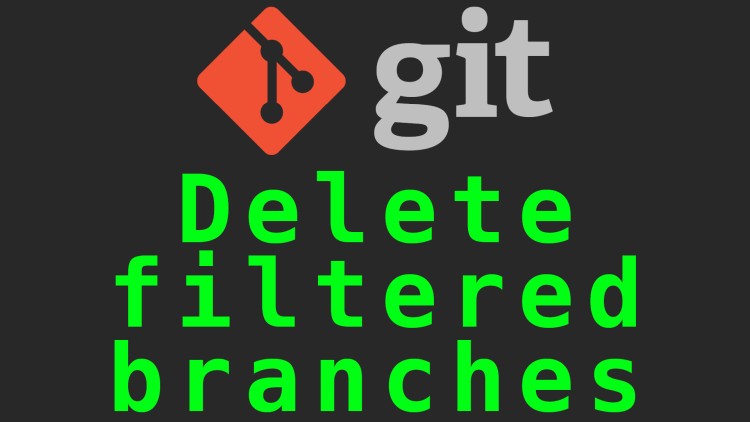 I like cleaning up unused branches and doing it manually can be tedious. Here's a 1 liner you can turn into an alias.

Quick Jump: Creating a 1 Liner to Clean Up Old Local Branches | Making It Easier to Use with a Function Alias | Demo Video

If you prefer video, I recorded a demo video on YouTube going over what’s written below with a number of examples.

The use case around this is, let’s say you have a project you’re working on and:

In the end your remote repo doesn’t build up any branch cruft because chances are you configured your remote git service of choice to delete the PR branch after it’s been merged.

But what about your local repo?

If you executed the above bullet points and locally ran git checkout main && git pull you would get the latest merged in changes but your local PR branch is still lingering around.

You can check by running git branch. To your surprise (or maybe not surprise) you might have dozens or even hundreds of old or unused branches.

Creating a 1 Liner to Clean Up Old Local Branches

Before we write any code, let’s whip up a little bit of pseudo code of how it’ll work:

You could generalize this as:

Cool, Time for Some Code

By the way the demo video goes into more detail and shows running these commands. My gut tells me if you’re reading this, you might not need the extra details provided in the video, but just in case I’ve also done videos in the past about Unix pipes if you’re interested.

I created a dummy repo and a couple of branches:

That gives us this, the * is the currently checked out branch btw:

That gives us this:

To demo this better, you’ll want to git checkout SANDBOX-123 before running the command:

That gives us this (notice how the SANDBOX-123 branch is missing, that’s good!):

At this point we’ve accomplished the first 4 bullet points of our pseudo code. We get the dry run capability for free because we haven’t run the command to delete the matches, they only get printed out.

Delete the filtered list of branches (run a command for each item):

We’re still checked out to SANDBOX-123 so we would expect (2) branches to be deleted:

That gives us this and it deleted the (2) branches as expected:

There we go, that’s our 1 liner. It works well but you’ll probably have to search your shell history to remember that command when you need it so let’s spruce it up and make a function alias that we can run instead.

Making It Easier to Use with a Function Alias

I use zsh but feel free to put this in whatever file your shell expects for aliases. My aliases file is in my dotfiles repo.

Here’s a copy of the function:

Here’s a couple of ways to call it:

The first if condition handles setting the arguments up correctly. Technically both arguments are optional so we needed a way to differentiate that --dry-run is for doing dry runs and it’s not a branch name. Also git itself will not accept --dry-run as a branch name so we’re clear of false positives.

The last bit of the pipeline allows us to optionally perform the delete. The idea is -n "${dry_run}" will only return true when that variable has a value (ie. NOT empty).

If that’s the case we know we want to do a dry run which in our case pipes it into cat which does nothing except output the results of the previous pipe which is basically saying the delete action is optional. That’s a useful pattern for conditional pipes.

If dry run is not set then we use xargs which will run the command we feed to it for each line of output. This handles the last bullet point of our pseudo code from earlier in the post.

What’s your workflow for deleting old local branches? Let me know below!