This tip is titled “obscure errors” because there is no single error that might be thrown due to running out of memory. When a system goes out of memory, often times unpredictable things will happen.

Fortunately the fix is very easy. Just head over to your advanced Docker Desktop settings and add more memory: 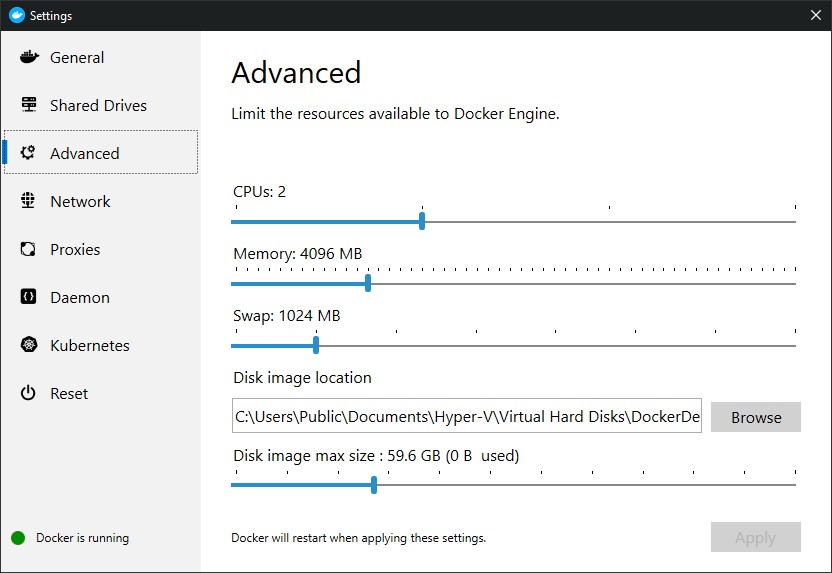 In the above case I changed mine from 2GB of memory to 4GB and I haven’t run into any issues since then.

Keep in mind, you may need to raise yours if your Dockerized application is very memory hungry. In my case I had to load in a lot of data into PostgreSQL and before doing this the container would either hang forever or I’d eventually get various Docker daemon errors.