Dockerize a Flask, Celery, and Redis Application with Docker Compose 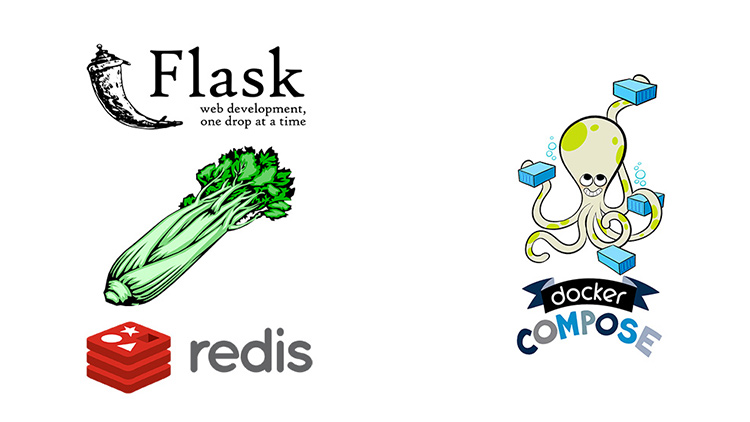 Learn how to install and use Docker to run a multi-service Flask, Celery and Redis application in development with Docker Compose.

There’s also another post I wrote which directly compares setting up a Python development environment with and without Docker. It focuses on developing a web app specifically.

The code base we’ll be working with is compatible with all modern versions of Docker and Docker Compose. Feel free to install the latest stable release of Docker.

We’re going to be using the open source version of the application in my Build a SAAS App with Flask course.

The open source version only covers a tiny fraction of what the course covers, but it will be more than enough to exercise how to use Docker in development.

The reason we’re checking out that commit is because I’ve done many free updates to this course and the current release is way newer than this blog post.

So much has changed since then, and I wanted to make sure you can still follow along in this post. You can always upgrade afterwards.

Feel free to use whatever editor you want, but if you like Sublime Text 3 and you want to configure it for Python, Docker and more then check out my post on 25 Sublime Text 3 Packages for Polyglot Programmers.

In order for logs to function properly, Docker expects your application or process to log to STDOUT. Lucky for us, Flask does this by default.

To get a better understanding of this file, then check out my shiny new Dive into Docker course (which is even more up to date than this article).

At this point we could build the image and you’d be able to access the Flask app, but let’s avoid doing that for now.

In our case, we’re ignoring the git folder but we’re also excluding the .dockerignore file itself because it’s not part of our Flask application.

It looks a lot more complicated than it is. All of those variables wrapped in ${} are coming in from the .env file which we’ll see below.

This file isn’t technically part of Docker, but it’s used by Docker Compose.

By setting the COMPOSE_PROJECT_NAME to snakeeyes, Docker Compose will automatically prefix our Docker images, containers, volumes and networks with snakeeyes.

In addition to COMPOSE_PROJECT_NAME you’ll notice many other env variables. Each of them are commented, so feel free to check them out on your own.

Docker Compose automatically pulled down Redis and Python for you, and then built the Flask (web) and Celery (worker) images for you.

We can also see which ports the services are using. Only the web service has port 8000 published in such a way that you can access it in a browser. The other ports you see for Redis and the worker are acting as documenting for which ports it could technically publish if you wanted to.

If you’re using Docker Desktop (Mac / Windows) or native Linux you can visit http://localhost:8000 in your browser and you should see the home page.

At this point you have a Dockerized Flask application running. Congrats!

If you installed Docker through the Docker Toolbox then you’ll need to make 1 change to the .env file. Check out the SERVER_NAME=localhost:8000 value.

By the way, if you’re using Docker Toolbox and you tried to submit the contact form and you received a CSRF token error then check out how to fix this problem. Spoiler alert: it’s a bug with Chrome.

You’ll want to goto your Docker Compose terminal tab and press CTRL+C. Most of the time that works but sometimes you get an ABORT error. If that happens you can run docker-compose stop to stop everything.

You can learn much more about Flask by checking out the Build a SAAS App with Flask course. I keep the course updated regularly so it’s never out of date.

Or, if you’re ready to master Docker, then check out the Dive Into Docker course.