Updated on December 22nd, 2020 in #dev-environment 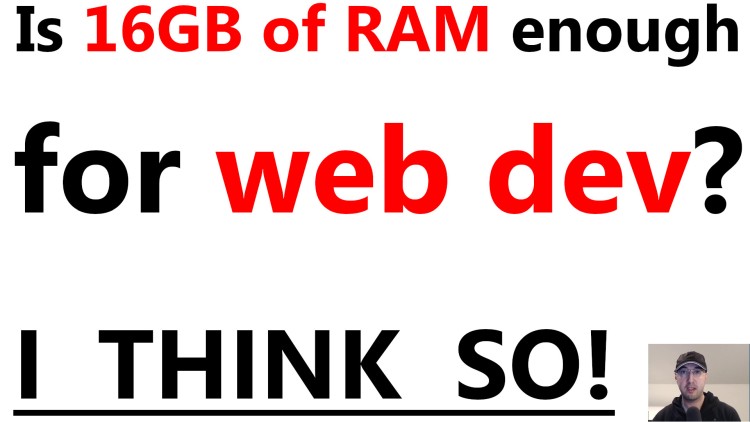 This video goes over running a ton of apps at once on Windows 10 with my 2014 workstation. Even while recording a video it doesn't hit 13GB.

I don’t blog or create videos around hardware that often but hardware specs is something we all deal with as a software developer so it seemed worthy of a video.

This tweet about 16GB of RAM sparked my interest to make the video, along with having gotten emailed in the past a few times asking how much memory to get in a new dev box.

In my day to day as a web developer even with large Dockerized apps, running multiple virtual machines, tons of coding, 20+ browser tabs, video recording / editing, image editing, MP3 players and miscellaneous apps running, I never use more than the 16GB of memory I have available on my workstation.

This video demos having most apps I use open at once. This is on a workstation built in 2014 with a weak CPU and video card by today’s standards (the specs are covered in the video).

Have you ever used more than 16GB of RAM for development? Let me know below.