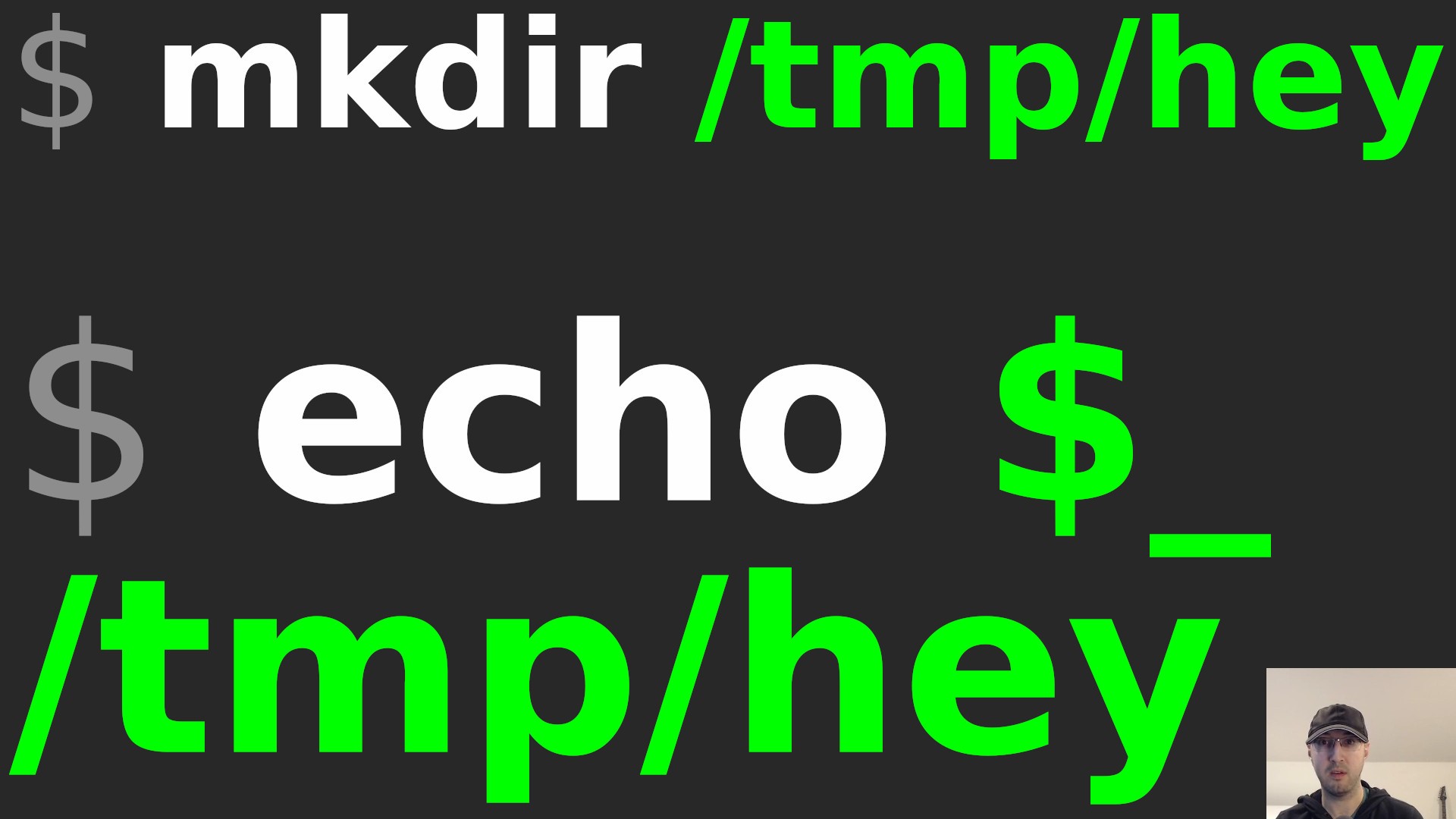 This came in handy recently when I wanted to automatically cd into a long git clone path without typing the path again.

I like how after using the command line for years there’s always something new to learn.

Here’s a TL;DR example of how you can avoid typing the same path a few times:

Now, you could say to make the path a variable and if it were a dedicated script in a file I would agree but using $_ on the command line once in a while is handy.

For example you might mkdir -p some/really/long/path and then decide to mv some_file $_ to move a file to the new directory you just created. By the way, it’s a good idea to quote your variables and I always like using braces in scripts but for ad-hoc commands when you know you don’t need them the shorter $_ works nicely.

Can you think of another use case where this would be useful? Let me know below.