Is Docker Worth Learning? 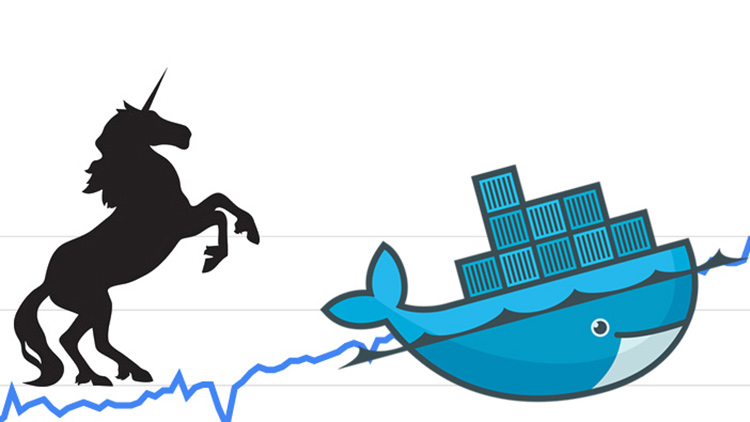 Every once in a while a Unicorn technology or framework is born and turns the industry upside down. Docker is a Unicorn in the making.

I’m sure I don’t need to tell you how fast the tech industry moves. It feels like there’s a new technology and framework to look at every day.

If you’re not careful you’ll quickly drown in an endless sea of information. No one can keep up with everything, and if you tried, then you would be quickly stuck in an infinite research loop where you accomplish nothing. You’d have a major case of information paralysis.

As a software developer or operations manager, you need to be very protective of your time.

You need to quickly determine what technologies are in it for the long haul or are just a fad, then once you’ve made your decisions you need to become an expert on those topics, or at least fake it until you make it.

If that’s not difficult enough, you need to be correct multiple times because the cycle repeats itself every few years.

But don’t get me wrong, that doesn’t mean you need to always chase that ever so tasty technology carrot. I’m against doing that nowadays, because I fell victim to it for a long time in the past.

Instead, I only care about one thing, and that’s how the new technology can provide me real value. I don’t care what technology it is or what it promises on paper. It just needs to make my life better and help me accomplish my long term goals faster than the old thing.

Every once in a while a Unicorn technology or framework is born and turns the industry upside down. Back in about 2004, Ruby on Rails was that technology. It grew at unheard of speeds, and flourished for well over a decade before losing a bit of steam.

Since then, developers and companies have made hundreds of millions of dollars because of Ruby on Rails. Thank you David Heinemeier Hansson (DHH is the creator of Rails).

As of today, Rails is alive and kicking. It’s a work horse that you can count on. Perhaps it’s not the majestic Unicorn it once was, but that’s how a Unicorn’s life goes.

It doesn’t have a ton of traction very early on but people still use it. Then it grows at amazing speeds for a few years and continues to grow slowly until it peaks.

From there it plateaus for a bit and slowly declines over a very long period of time. Then during release cycles and conferences, it sees growth spikes and this pattern repeats until it dies.

Here, take a look at Ruby on Rails’ growth on Google Trends since 2004:

You can see the above pattern I described in the chart.

Now, you might be thinking “why is this guy talking about Rails on a Docker blog?”.

I’m talking about Unicorns here not Rails, and Docker is a Unicorn in the making, or I guess I should say a Whalicorn. Moby is the official Docker mascot and he’s taking the world by storm.

Docker 1.0 shipped in the middle of 2014 and since then it’s been growing fast. I don’t think it’s close to hitting critical mass yet. It just passed the early adopter’s phase and there’s tons of room to grow.

Take a look at Docker’s Google Trends growth since Docker was open sourced in March 2013:

This is a fantastic time to hop on board and learn Docker because all of the really crippling bugs and show stopping usability concerns have been ironed out by tons of people / companies using Docker in development and production over the last few years.

As of today, Docker is trending about 30% harder than Ruby on Rails:

In May 2016 Docker surpassed Rails in Google Trends popularity, and this is only the beginning.

On the fence about learning Docker? Here’s why you should hop on board:

It’s all there, waiting for you to consume. However, I just want to let you know that if you want to learn about Docker, you’ve found the right place.

I've created the Dive Into Docker course so you can go from "What is Docker?" to mastering it.

The best part about it is, you get to skip the grueling process of having to spend months researching all of this stuff on your own while slamming your head against the wall because I’ve already done it.