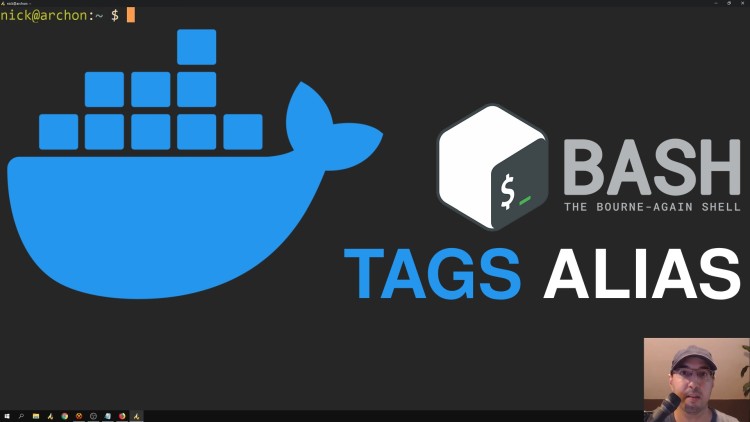 In this short video we'll go over how to list all Docker tags for a specific image on the Docker Hub using the command line.

Quick Jump: Demo Video Showing How to Do It

A new version of this video is available

Docker deprecated their v1 API in September 2022 so I made an updated video.

A while ago I wrote Docker tip #81 which went over searching the Docker Hub on the command line and that tip also included listing Docker tags with a Bash alias.

This video uses the same alias but instead of just providing the code, we’re going to focus on going over how the alias works. By the end of the video you’ll see how to use Bash aliases and piping Unix commands together to solve other types of problems you may run into.

Demo Video Showing How to Do It

In September 2022 Docker deprecated v1 of their API. Here’s the revised alias that’s using v2 of their API. This no longer matches the above video but it works:

What interesting problems have you solved using Bash aliases and Unix pipes?