Updated on August 4th, 2020 in #dev-environment 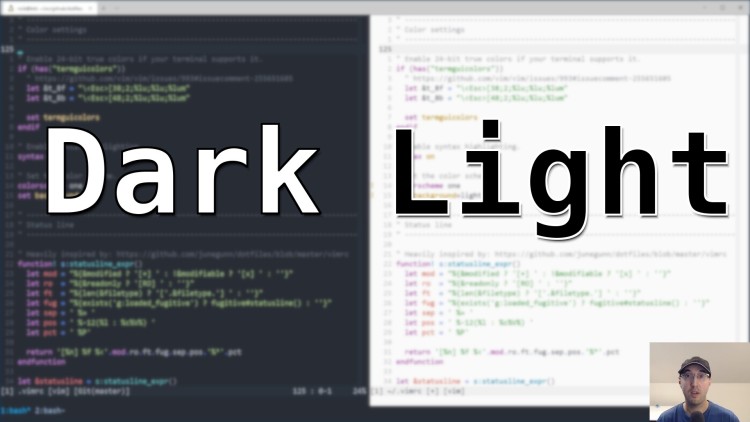 In this video, we'll update the config files of a few tools using a combination of shell scripting, grep and perl.

This is just one example of using various command line tools to help solve a real world problem. I wanted a script to quickly toggle between dark and light mode for the terminal tools that I use and ~20 minutes later it was done.

Here’s the process from start to finish.

The version of the script included in this video has a bug where it would transform any files that were getting modified from a symlink into a real file.

An updated version of the script can be found here. It’s still worth watching the video since this is a minor change, although if you’re using MacOS make sure to read the comments at the top of the file.

Do you prefer dark or light themes for coding? Let me know below.