Live Demo: How to Begin Writing Tests in an Untested Code Base 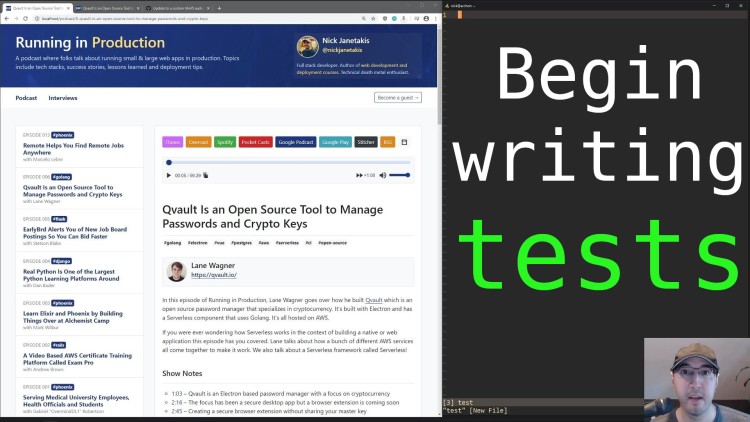 In this video I go over testing and documenting the features of an audio player but the steps taken could be applied to any code base.

It’s a good idea to write tests but sometimes you take on an existing code base without tests or maybe you focused on your app’s features more so than your tests to begin with and now you want to start writing tests.

This video goes over breaking down the state of each tiny thing that composes a specific feature you want to test and instead of explaining the process we’ll do it live for a real world application. We’re specifically going to write out potential test cases that you could write for a custom audio player.

By the end of the video you’ll see the overall strategy of how this unfolds in a real code base so that you can start applying it to your own projects. This project even goes over coming up with tests for code you didn’t write because it deals with wanting to test someone’s pull request on GitHub without having an existing test suite.

Walking through Testing a Real Feature