Maintaining an Open Source Project, from Handling Issues to Releases 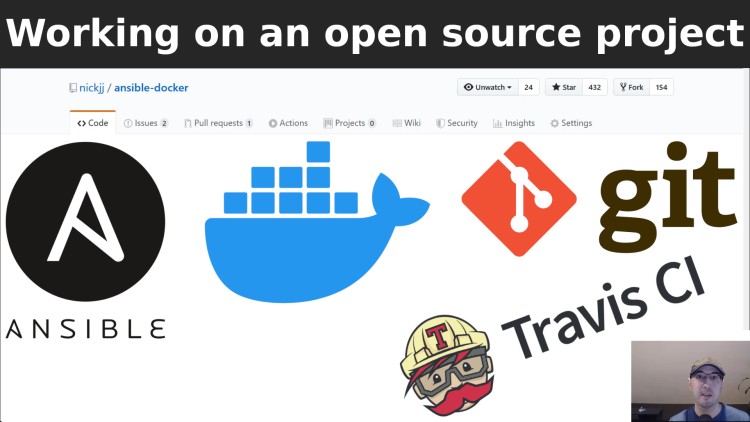 A 1 hour live demo that uses various git commands, Travis-CI and GitHub features to fix a bug and push a new release.

Quick Jump: Live Demo of Fixing a Bug in One of My Projects

This video walks through a real use case where someone submit a bug report in one of my most popular open source projects, which is an Ansible role to install Docker and Docker Compose on Debian / Ubuntu.

This 1 hour video walks through:

Most of the patterns used in this video can be applied back to any open source project. It’s what I do for pretty much all of my projects.

This video was a live recording, so it includes unexpected errors and new things to think about when everything didn’t go as planned. The only thing I edited was speeding up points where we waited a few minutes for a command to finish running.

Live Demo of Fixing a Bug in One of My Projects

What was the last open source project you updated? Let me know below.