Microservices Are Something You Grow into, Not Begin With 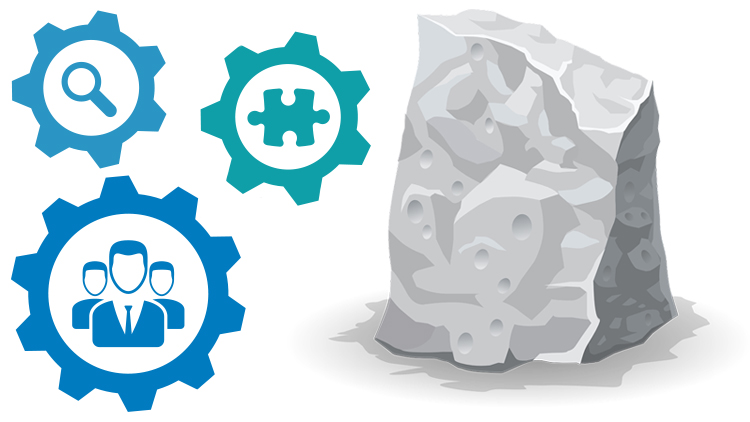 Let's talk about when it might be a good or bad idea to start using microservices. SPOILER ALERT: it's not the same for every project.

As software developers we have a pretty interesting profession. We can be happily coding away one day, then read an article about something and suddenly you’re questioning your entire programming related existence because Netflix said XYZ.

Just like that, from 1 opinion of an individual or company you begin to question everything you’ve been doing for years, even if it’s been working great for you.

You’re not Google (unless you’re Google)

As we skim HackerNews and other programming news outlets we often come across tech posts from Google, Netflix, Amazon and Facebook and they love to talk about how many hundreds or thousands of services they run and go over the benefits of doing things their way. That’s been a trend for the last few years.

But let’s face it. You probably don’t have 1,000 developers working on a massive project with 10+ years of history.

Just because Google does it, doesn’t mean you should do it too.

We’re operating in a completely different galaxy. Google faces problems that we’ll likely never face but at the same time we can get away with doing things that Google cannot.

How Do Most Software Projects Start?

A lot of projects start with 1 person doing all of the programming. There’s a million examples but let’s look at Shopify. Shopify was originally coded by Tobias Lütke (it was based on Ruby on Rails and still is by the way).

Do you think Tobias sat there paralyzed by indecision while he painstakingly attempted to create a perfect microservices based architecture before he wrote a single line of code?

Hell no. I wasn’t there when he developed the first iteration of Shopify, which was originally just an e-commerce store for snowboarding equipment but if he’s anything like me (a typical developer), it probably went something like this:

This may seem like a really simple loop, but it took ~20 years of programming for me to really understand how profound that cycle is.

You don’t get better as a programmer by theory crafting optimal set ups before you write a single line of code. You get better by writing a lot of code with absolute and total intent to replace almost everything you write with better code once you start experiencing real problems first hand.

That initial code you rewrite isn’t wasted time or effort. It’s very much responsible for you leveling up over time. It is the secret sauce.

As developers we’ve all heard the phrase “DRY: don’t repeat yourself” and in general that’s a reasonable guide to go by, but often times it’s very well worth repeating yourself.

It’s worth repeating yourself because if you try to abstract something without really understanding what you’re abstracting then you create something called a leaky abstraction.

I’ll typically repeat myself 3 times before I even THINK about refactoring some code to remove the duplication. It’s often not until the 4th or 5th time that I actually take action.

That’s because you really need to see how you’re duplicating the code in different situations a few times before you know what needs to be turned into variables and also be removed from the place you’re originally inlining it.

Levels of abstraction, from inlining code to external libraries:

And this is exactly why you can’t “invent” a good library or framework. Almost all of the very successful tools we use today came from real world projects where the tool we love was extracted from real internal use cases.

Rails is a great example of this. DHH (author of Rails) didn’t just wake up one day and say “OOPS! Time to make the models/, controllers/ and views/ directories!”.

Nope. He developed Basecamp (a real product) and certain patterns emerged, and those patterns were generalized, then lifted out of Basecamp into Rails. This exact process still goes on today and it’s IMO the sole reason why Rails continues to be so successful.

It’s a perfect storm of very well tested (read: not theory crafted) abstractions, combined with a programming language that allows you to write visually appealing code. It’s also why almost all of the “Rails but in XYZ language” frameworks fail. They are skipping key components of the abstraction chain and think they can just duplicate what Rails does.

Microservices to me are just another level of abstraction. I wouldn’t necessarily say it’s step 10 in the above list because not all libraries are meant to be microservices, but at a conceptual level it’s similar.

Microservices aren’t something you start off with from day 1, just like you wouldn’t attempt to create a perfect open source external library on day 1 before you even wrote a line of code. At that point you don’t even know what you’re making.

A microservices based architecture is something you might grow into over time as you come across real problems working with your code base.

You may never come across these problems, and a lot of these problems can also be solved through other means. Take a look at Basecamp and Shopify. They are both monolithic applications that are doing very well.

I don’t think anyone would call them small applications. Sure they are not operating at Google’s scale but let’s put some perspective on this.

Shopify Makes 17 Million+ USD a Month with a Monolithic App

As of mid-2018 Shopify publicly announced they have 600,000+ businesses running online stores on their platform.

Shopify is a SAAS application and its cheapest plan is $29/month and I have a feeling a ton of businesses are using their $79/month plan. In any case, even if 600,000 people used their cheapest $29/month plan, that’s $17.4 million dollars a month in revenue just from the SAAS aspect of their business.

Basecamp is another monolithic application that is quite large. What’s interesting about Basecamp is they only have about 50 employees and only a fraction of them are software engineers working on the main product.

My point is, you can get REEEEEEEEEEEEEEEALLY far without going down the rabbit hole of microservices. Microservices should be on a need to know basis.

When Should You Use Microservices?

That’s really up to what you and your team decide. This is one of those things where if you are in a situation where microservices makes sense, you’re not Googling around for “microservices vs monolith”. You already know.

But one situation might be if you have a ton of developers who are best suited to work on individual sub-sections of an application. Having many dozens of teams working on various components of a product in isolation is one reasonable use case for microservices.

Keep in mind you probably had a very small team that slowly grew over time so you might end up starting with 1 or 2 microservices and going from there. You probably wouldn’t end up going all-in and transform a monolith into 100 services right off the bat.

Is the Juice Worth the Squeeze?

It’s also worth mentioning transitioning to microservices comes with its own set of challenges and problems. You’re trading one problem for another, so you need to weigh the pros and cons on if it’s worth it for your project specifically.

One of the biggest problems is monitoring. Suddenly you have a bunch of services which could be written with different tech stacks running across multiple machines and you need a way to pry into the details of everything.

This is a daunting task because ideally you’d want all of these services to use a single unified service to gather and display these metrics.

You probably don’t want to develop your own tooling for this because that alone could be a full time job, and this is partly why companies like LightStep are so successful. They are one of the most interesting monitoring services I’ve come across in my travels.

Their product is targeted more towards larger scale applications (for good reason) but it could also work for smaller scale projects too. I only heard about them recently since they presented at Cloud Field Day 4.

Anyways, monitoring is only 1 of many challenges, but I thought I’d bring that one up because it’s one of the more painful problems.

I mainly wrote this article for 2 reasons:

Firstly, 2 weeks ago ago I attended Cloud Field Day 4 and happened to do a group podcast on a related topic. That should be out in a few months (I’ll update this post with a link), but I wanted to elaborate on some of my points here.

Secondly, as someone who creates online courses, I often get a lot of questions from people on the topic of how to architect their applications.

A common trend I saw was a lot of people were getting hung up on trying to break out their apps into isolated services before they even wrote a line of code. Even going as far as wanting to break up components of the app to use multiple databases from the beginning.

It was something that stalled them from moving forward and as a fellow developer I know how upsetting it can be to get stuck into an indecision loop (I’ve had my share of those!).

By the way, I’m currently working on a fairly large SAAS application which is a custom course hosting platform. Right now it’s just me working on the project, and you can be sure I just cracked open my code editor and started writing code on day 1.

I have full intent on keeping it as a majestic monolithic until it no longer makes sense but my spidey sense is telling me I’ll never hit that point anyways.

What do you think about this topic? Let me know below.