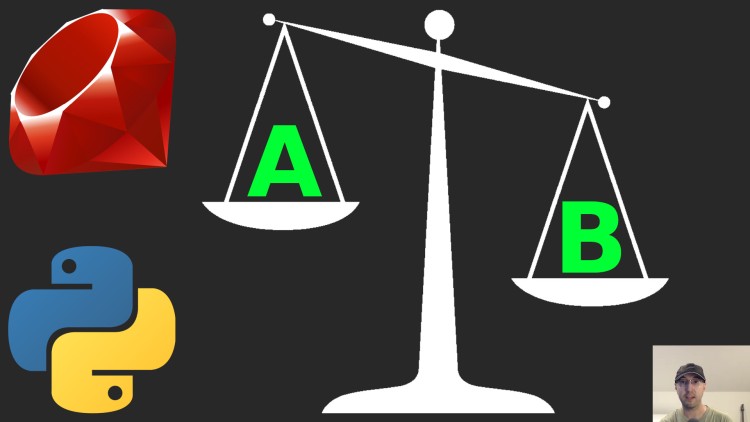 Quick Jump: Even Distributions without Weights | Using a Percent Based Weight | Demo Video

This is really handy when you’re generating fake data such as seeding your development database with a decent amount of users or whatever resources your app needs.

You can use this when you want to let’s say generate 100 random users but have 5% of them be admins where as the other 95% will be regular members.

There’s lots of different algorithms to solve this but when you have a fairly simple case of picking either choice A or B with specific weights associated to them you can do this very easily in both Python and Ruby or any language.

Even Distributions without Weights

This will pick either Heads or Tails half the time.

This will pick either Heads or Tails half the time.

Using a Percent Based Weight

This is where things get a bit more interesting. As of Python 3.6 there is built-in language support for this but with Ruby 3.1 we have to come up a custom solution.

This is really handy because you can pass in more than 2 items if you want. You can also optionally set k=N where N is how many results you want back in the list, it will re-run the choices function let’s say 10 times and give you back a list of 10 randomly picked results, although if you do this then chances are you’ll want to remove the [0] to ensure you can see all of the results.

I didn’t see anything built into Ruby 3.1 that supports this out of the box. I also Google’d around and saw a bunch of solutions on StackOverflow.

All of the solutions felt too complicated for my specific use case. I saw a bunch of algorithms written in a bunch of different languages but if all you really care about is picking 1 of 2 items some percentage of the time it’s not too bad.

Here’s what I ended up with and we’ll talk about getting there below the code:

We need to step back and re-think what picking a weighted percent really means. Think about dungeons and dragons or another game that uses 4, 6, 8, 10, or 20 sided dice.

So our algorithm now becomes, let’s roll a 100 sided die and if the percent weight you want is higher than the roll then you’ve “won”, so let’s pick the first item. Otherwise we “lost” the roll so we’ll choose the other item.

That’s exactly what we’re doing above in the code.

Instead of rolling a literal die, we use the rand(1..100) function which will pick a number between 1 and 100. I normally don’t like to use ternary conditions in Ruby (or any language) but this time it felt more readable than doing a 1 line if else end.

You could do the same thing we did in Ruby with:

As for which one to use, that comes down to your use case. If you find yourself doing a lot of 2 item comparisons with a weight it wouldn’t hurt to implement this function because using it is a lot less typing than the choices() function IMO.

I didn’t benchmark both solutions but if you do feel free to drop a comment below.

Which implementation will you use to pick a random weighted sample?