Rails 7: Switch Webpacker with esbuild While Using Tailwind and Docker 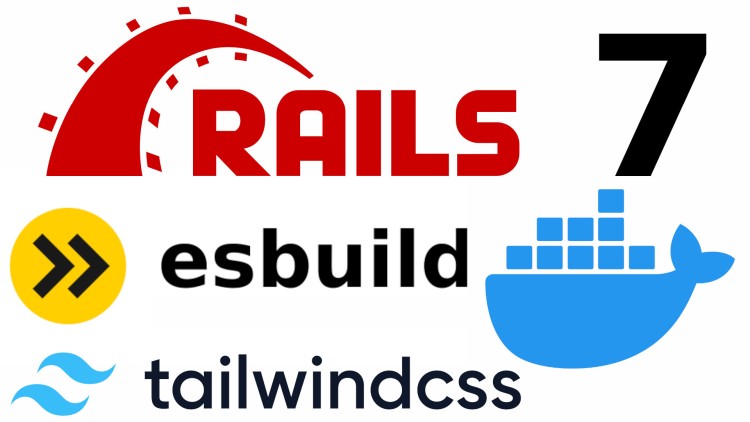 This set up gives you a flexible JavaScript and CSS environment that's lightning fast. I decided to use Node too but that's ok!

Quick Jump: What Bugged Me about Webpacker | The Perks of the New Set Up with esbuild | It's Docker / Docker Compose Friendly | Before / After Code Review on Video

If you prefer video I recorded a video going over all of these points as well as going over the code in a before / after state. The before and after is only covered on video since it’s more natural for that type of comparison.

Over the years I’ve been maintaining an example Rails app that’s set up to use Docker / Docker Compose. It pulls together Rails, Sidekiq, Postgres, Redis, Action Cable, Hotwire Turbo / Stimulus and TailwindCSS.

Originally it used Webpacker and it worked but I was never super happy about it. After moving to esbuild and using the TailwindCSS CLI tool along with Node (mainly for yarn installing packages) I couldn’t be happier.

This is something I wanted to do since early 2020 but switching back then required making too many compromises where it didn’t feel like a direct upgrade but it feels very much ready nowadays! Especially with nearly all major browsers fully supporting ES6.

This post focuses on Rails 7+ but it applies to any web framework if you’re looking to make the switch too.

What Bugged Me about Webpacker

I have nothing against Webpack(er) and think it has done wonders for us over the years but the main things that bugged me about using it with Rails was:

The first bullet was really painful because when I use Webpack with Flask, Django, Phoenix, Express and Play they all use the same exact Webpack set up. Webpack independently processes assets, outputs them to a desired path and the web framework picks them up.

The above web frameworks didn’t care about using Webpack or not, they only cared that static files existed in a specific directory which were then served.

The Perks of the New Set Up with esbuild

Every bullet point listed above has been addressed:

As for using Node, here’s why I’m deciding to stick with it – at least for now:

The first bullet ends up being kind of a tease. If you want to use something like PostCSS imports you need to install the postcss-import package but since it’s not available in the standalone CLI (as of this post) you’re back to needing Node.

Now, the creator of Tailwind did say he’ll most likely add that package but that’s only 1 package. PostCSS has a lot of useful packages and unless he decides to bundle everything (making the standalone executable quite large) it just feels more natural to use Node.

Progress is being made but I’m not sure I feel good about dropping Node yet, one day!

It was painless to get the esbuild and tailwindcss watchers working in development. There’s an example of that in the Rails repo, but here’s a snippet:

This uses a combination of multi-stage builds and the override pattern which I covered in my DockerCon talk from 2021. It lets you use the same Dockerfile and docker-compose.yml file in both development and production.

The really nice thing about this is it’s cross web framework compatible. When I switch all of my example apps to using esbuild I’ll be able to copy / paste almost everything directly over with no adjustments.

Now let’s dive into the before / after code, specifically for Rails 7.

Before / After Code Review on Video

Have you switched to esbuild? How did it go? Let us know below.