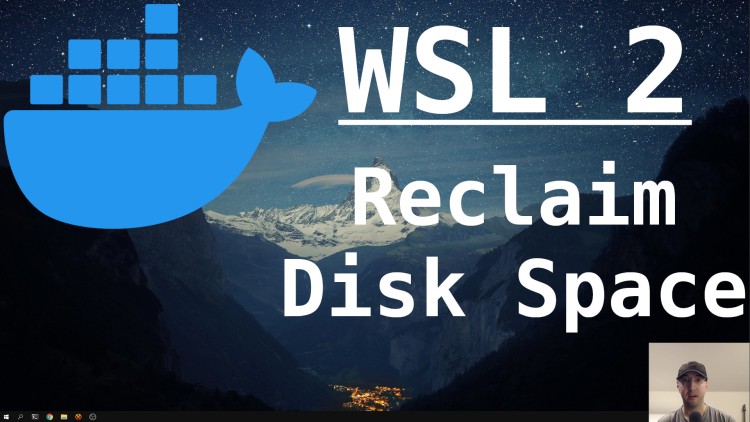 We'll go over how to regain lots of disk space by compacting the VM file that Docker Desktop creates. I ended up getting 50gb back.

Quick Jump: Going Over All of the Steps

Last year I made that WSL 2 gotchas video about getting back disk space but it didn’t include shrinking down the Docker Desktop WSL 2 VM itself which is what this new video focuses on. We’ll go over how to prune images with Docker too.

Everything we’ll go over will work for all editions of Windows 10.

Going Over All of the Steps

You’ll want to open PowerShell as an admin and then run these commands:

If you’re using Windows Home edition and optimize-vhd isn’t a valid command you can try running these commands instead:

How much space did you get back? Let me know below.