Replacing make with a Shell Script for Running Your Project's Tasks 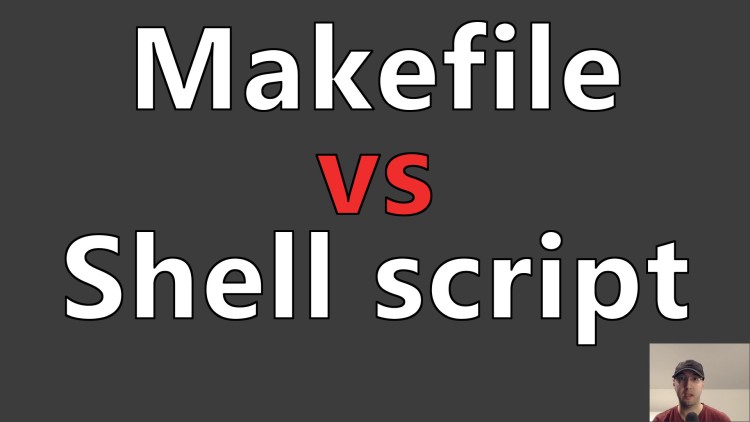 make is a great tool but it has certain characteristics that make it unfriendly for making long commands easier to run.

I’m a big fan of making things easier for myself, especially if I can do it in such a way that requires not making any compromises. If you’re using a Makefile as a glorified project specific aliases files then in my opinion a shell script suites that job better.

For example, running docker-compose exec web flask db reset --with-testdb is kind of long and it’s a type of command that I don’t want to run by hand all the time while developing my app.

You could use make to wrap this up into a make db-reset command and that would work no problem but what happens when you want to create a generic make flask command , such as being able to run make flask db reset --with-testdb, make flask routes or 8 other make flask <insert_command> commands?

Suddenly everything falls apart because make doesn’t support ${@} which means it can get a bit inconvenient to pass arguments into a make task in a natural way.

Alternatively you could create separate make commands but this falls apart when you want to run arbitrary sub-commands of another command that may or may not have flags. You’d have to create a new command for every combo of sub-commands and flags.

But the above issues are easy to solve with a shell script.

In this video we’ll go over how to design a shell script where you can define functions that automatically become commands, and then you can create shortcuts like run flask db reset --with-testdb or run flask routes very easily. The script itself will end up being less lines than a Makefile and IMO even easier to add new tasks too.

We’ll also go over how to create namespaced commands like run ci:test and how to define private functions that don’t get exposed as commands.

It’ll also work in any environment that can run shell scripts (native Linux / macOS / WSL on Windows) and it won’t require installing any dependencies since you already have a shell available (sh, bash, etc.).

Technically you could even use Python, Ruby or other scripting language instead of Bash. It’s up to you.

What do you think about this pattern, will you start using it? Let me know below.