Respecting the cd or exit Pattern Suggested by ShellCheck SC2164 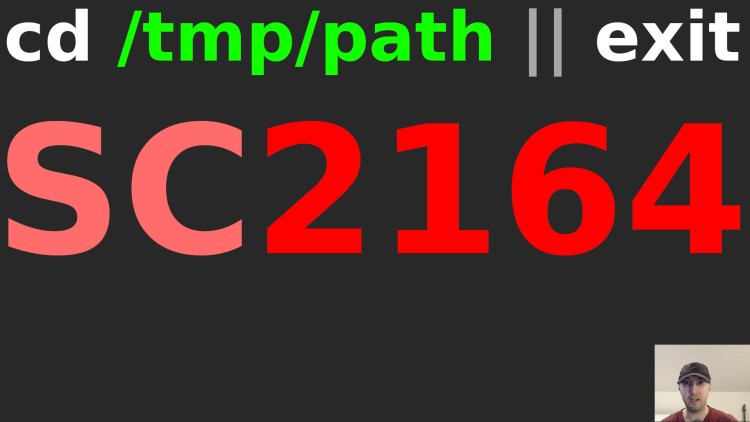 Even if you plan to use set -e it feels like a reasonable idea to add this to most cd commands you use in a script.

The idea is that if you make a typo in your path it could lead to files be deleted in the wrong directory later on in the script when it’s expected you’re in that path instead of the original path since the cd command failed.

Using set -e in your scripts is a great idea and will protect you against this in most cases without needing to add || exit but this feels similar to concepts around security where having layers of protection is a good idea.

Perhaps you temporarily set +e to make it easier to script around an expected error and forget to turn it back on again. When files are potentially being created or deleted I like the extra peace of mind especially when || exit is so easy to do.

ShellCheck also warns you of this with SC2164.

Will you be using this pattern in your shell scripts? Let us know!