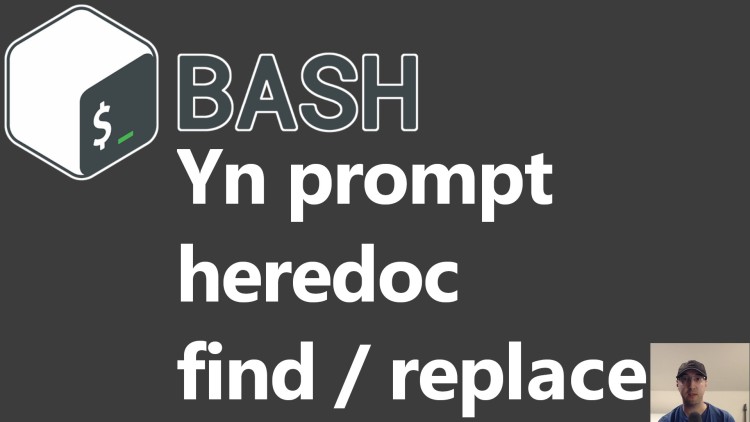 In this video we'll go over a practical example of how I used all of these features in a project renaming shell script.

I recently created a shell script to help rename your project in my Docker + Flask starter kit. I thought it would be fun to make a video around the script itself because it covers a couple of patterns I find myself Googling all the time.

Going Over a Project Rename Script

Here’s a few examples taken from the video:

Making sure variables are set

In this case both variables are coming in as command line arguments to the script. We want them both to be set before continuing with the script.

This lets you create multi-line strings in a what you see is what you get way.

This will only accept YyNn as answers. Entering in any other characters will cause it to loop back around and ask the question again.

Default to the main branch with git

Here’s one way to do it without depending on having a modern version of git installed.

As soon as you add and commit files you’ll see them on the main branch.

The only thing I changed based on the video is using hard coded strings to make it easier to re-use this example.

It’s worth pointing out that this works the same on Linux and macOS which IMO makes this better than using sed -i. That’s because sed -i on macOS works different than Linux due to macOS not using the GNU version of sed.

What are you planning to do for your next shell script? Let me know below.