Test If Your Shell Scripts Are POSIX Compliant with ShellCheck 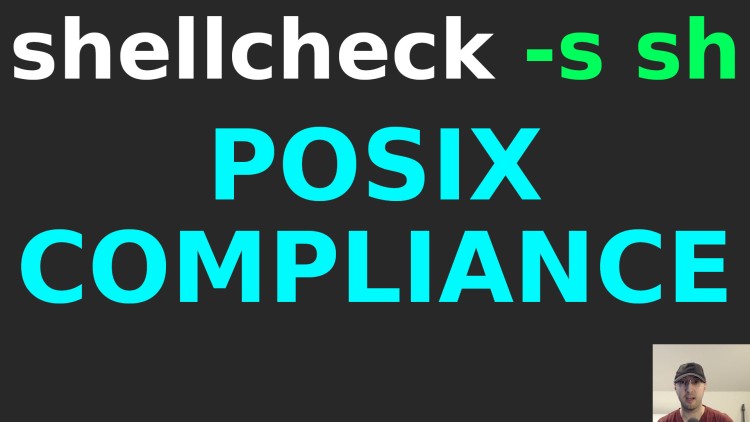 Even if you're using a Bash shebang you can run ShellCheck with the --shell flag to supply a different shell to check against.

I’ve done a video in the past about ShellCheck. It’s an excellent tool to perform static analysis against various flavors of shell scripts.

Often times I’ll try to create shell scripts that are POSIX compliant. This usually means setting #!/usr/bin/env sh as the Shebang and trying not to use Bash specific features unless it makes sense. I’m very pragmatic about this tho, if something is much more readable or easier to do with Bash I’ll use it without fretting over it.

Follow along with touch demo && chmod +x demo and then add this to the file:

Verify that the script is functional:

Confirm it’s compatible with bash but not sh:

The second command will throw this warning since it’s not POSIX compliant shell scripting:

That’s because [[ ]] was introduced specifically with Bash. There’s a bunch of other things that are Bash specific too which is why having ShellCheck around is great because you don’t need to keep all of the rules in your head.

For this specific example I’d prefer using the POSIX compliant shell version. In my opinion while the Bash version it is more concise it is less readable at a glance.

On the other hand double brackets offer convenient ways to do regular expression and string comparisons which I will use as needed. That’s something we can cover in a future post.

How far down the POSIX compliance rabbit hole do you go? Let me know below.