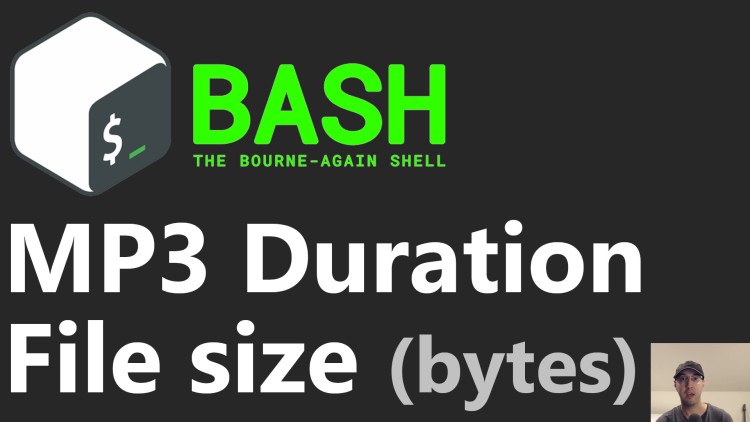 Here's a Shell script I created to automate a task that used to take a bunch of steps to do manually.

After 80+ episodes of my Running in Production podcast I finally automated the process of getting an MP3’s duration and file size in bytes so I can add it to the meta data of each episode (the site is built with Jekyll and is open source).

This video goes over what I used to do manually and how I automated it with a Shell script, FFmpeg and a few Unix tools. The takeaway here is you might be able to extract some of the patterns into your own scripts. For example, we’ll go over a while loop that removes leading zeros and colons from a string using a bit of Shell scripting and more.

Here’s 4 ways to get a file’s size in bytes (replace $file with your file):

Here’s 2 ways to get the duration of an MP3 using ffmpeg.

What are you going to do with this script? Let me know below.