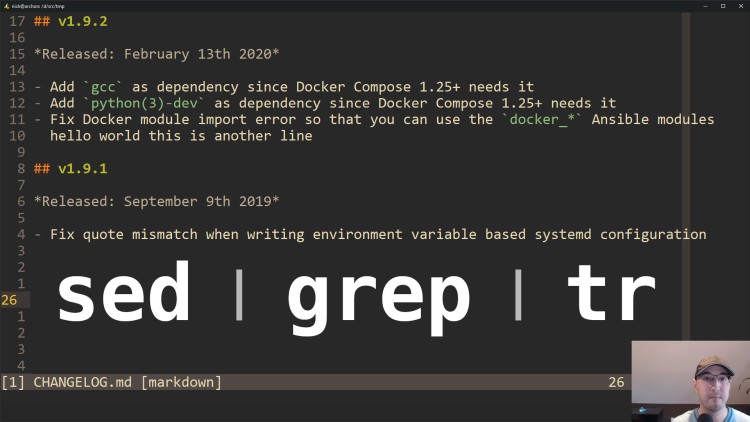 In this video, we'll pipe together a few Unix tools to parse out changes from a specific release in a Markdown based changelog file.

I’m a big fan of using the command line to solve problems that require parsing text from files. By the end of this video you’ll know how to break down text parsing problems and how to use a few Unix tools together to solve problems like the one covered in this video.

In this specific video, the goal is to parse a CHANGELOG.md file so that you can input a specific release tag and get a back a list of bullet points associated to that release. This information could then be sent to Slack, email or whatever you want as part of a CI / CD pipeline.

Since we’ll cover both the “why” and the “how”, you’ll see how to apply the same strategies to your specific text related problems not just the one in the video, although who knows, you might wind up wanting to do the same thing I’m doing here with your changelog file.

Building Up the Command Pipeline

What type of problems have you solved with sed and grep? Let me know below.